A Fundamental Group Approach I & II 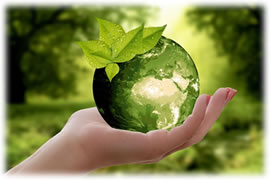 As we begin this aspect of objective work with the elemental and deva kingdoms, we would like to extend a loving expression of thanks to those who are currently working with these kingdoms as well as those considering this area of service. This work is vital in the restoration of our planet and the balancing of our over-burdened environment, your efforts are making a beneficial impact on all levels.

We offer this fundamental outline for those groups considering the development of a cooperative approach in the healing of our beloved planet, in alignment with the elemental and deva kingdoms. This area of service will be determined by the groups alignment and overshadowing by one of the Seven Rays and their respective Ashrams. Each of these Ashrams follow a distinct approach under the direction of one of the Chohans (Masters), their disciples, and initiates.

Let us provide an instance of reflection related to the above statement, that it might provide a cleared picture. We have two groups each meeting in group formation from a meditative approach; our first group is overshadowed by the 6th Ray of Devotion, while our second is overshadowed by the 5th Ray of Concrete Knowledge or Science. Although each group is centered on the objective work of healing the planet, their approach is slightly modified. One operates from a devotional approach while the other enters from a scientific perspective, the first enlivens the hearts of humanity moving them into loving inspirational action, the second energizes the scientific minds within humanity to move into action through the application of concrete knowledge.

The above-mentioned reflection is the initial stage relating to the groups collective area of service. This will eventually evolve into a more practical area of service where the group will begin working with a local, national, or global organization that is involved in the healing of the planet, lending its resources in support of the common goal. (There is no need to create another organization, the earthly sphere has more than its fair share.) The lending of group resources is an extremely vital aspect in the fulfillment of the intention identified by the group, enabling them to embrace the “Affirmation of Love” and become its living expression.

For those groups who are in the initial stages of group work, knowledge of the transmutation of energy into force, the use color, the sacred word, invocation, and evocation are essential in the construction of a bridge between the group and that of the deva kingdom. This enables the downflow of energy, directed through the group from the Hierarchy, to be accessible to the devas, allowing the work to move forward.

The Ageless Wisdom provides a wonderful description of humanities role in the distribution of energy through the group into the deva kingdom. The teachings outlined by H.P. Blavatsky expresses this activity as humanity being the macrocosm in relationship to the three lower kingdoms, mineral, plant, and animal, and our loving brother, the Tibetan, expands upon this activity by describing a clear picture of how humanity can become a conscious instrument for the distribution of this energy once they have established a cohesive working group.

This is the first installment in our series on working with the elemental and deva kingdoms. Please reflect on what is given, should there be material of value, share it with your group and incorporate any of the ideas offered.

It is important that when we are offered an approach (teaching) related to our spiritual evolution, we should retreat to the inner chamber and seek guidance from the Soul. We support this process as it not only confirms the authenticity of the material, but it also offers an opportunity to expand on what is given. 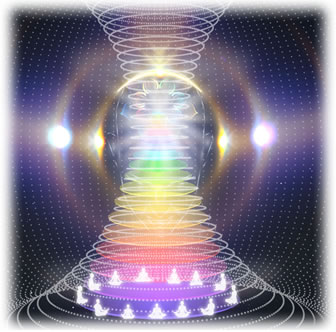 Ancient of Days - Radiation - InitiationWe would like to acknowledge those who continue to emulate the light of the Soul through their group in service to humanity, your efforts are assisting in the global shift, the healing of our planet, and the externalization of the Hierarchy.

For many there is sense of urgency, an inner voice calling for expanded activities that will elevate the frequencies within the human kingdom and restore a sense of normalcy. In addressing this global invocation, we would like to expand upon the fundamental group approach, initially directed towards the elemental and deva kingdoms, to include its application to the keynotes and their impact on the externalization of the Hierarchy and the Coming One.

As you may know, the keynotes emanating from Shambhala, through the heart of Hierarchy, are the resonate notes of Unity, Right Human Relations, Brotherhood, and Goodwill. These keynotes are the foundational precepts for the spiritual framework guiding humanity on their evolutionary path and the fulfillment of the Plan. The application of these keynotes, in relationship to the group process, is being orchestrated by the New Group of World Servers, throughout the globe, effecting change on all levels of consciousness, thus creating an expansion of the groups sphere of activity. Each of these keynotes have an inclusive quality that enhances and expands upon the activities facilitated by the group and furthers the preparation of the Coming One.

This inclusive quality, radiating from the center of each keynote is based on the Law of Vibration, a universal principle affecting all of creation, and the second Aspect of Divinity. As each group introduces one of the keynotes, into the group process, their resonate field expands, impacting other keynotes and enhancing the vibration in all areas. A vital aspect related to this process is the increased volume of force being directed through the group by the overshadowing Ashram. As each group takes on a more expansive role, it is necessary for a greater influx of energy for the group to accomplish its goals. This basic spiritual concept permeates the energetic field of the group, ushering them to the threshold of initiation.

There are significant benchmarks that herald the incoming energies of transmutation, transformation, or transfiguration related to initiation for the individual and group. These can be esoterically interpreted as, “Taking Birth Within”, “Surrounded by a Crowded Loneliness”, and “Standing in Isolated Unity”, respectively. These interpretations have a broad descriptive and esoteric meaning that contain a profound reflection on the evolutionary path of the group and individual. These benchmarks are worthy of your reflection and consideration.

The above-mentioned keynotes, the expanded consciousness of humanity, and the increased frequencies have accelerated the externalization of the Hierarchy. The veil is rent in twain, the envoys are now taking the world stage, their message embodies the keynotes as expressed through the “Doctrine of the Soul”, LOVE.